Woodbine Entertainment Group (WEG), originally founded in 1881 as the Ontario Jockey Club, has grown into North America's largest operator of horseracing. Recognizing changing consumer habits, WEG has evolved operations at its two racetracks, casino and off-track betting stations deliver thrilling and high-quality racing, dining and entertainment experience, while making them among the most diverse entertainment facilities on the globe. WEG's Woodbine Racetrack in Toronto hosts the Queens Plate. Queen Elizabeth II attended the 151st running of Canada's most prestigious horserace during her state visit in 2010. The Woodbine facility is also home to the Canadian Horse Racing Hall of Fame.

Woodbine Mohawk Park, located in Campbellville, Ont. is the second of WEG's two racetracks. Opened in 1963, Woodbine Mohawk Park hosts Standardbred harness racing. The facility has hosted record crowds of more than 11,000 spectators, the richest harness races in Canadian horseracing history, and continues to be the home of the famed Breeders Crown and Pepsi North America Cup. 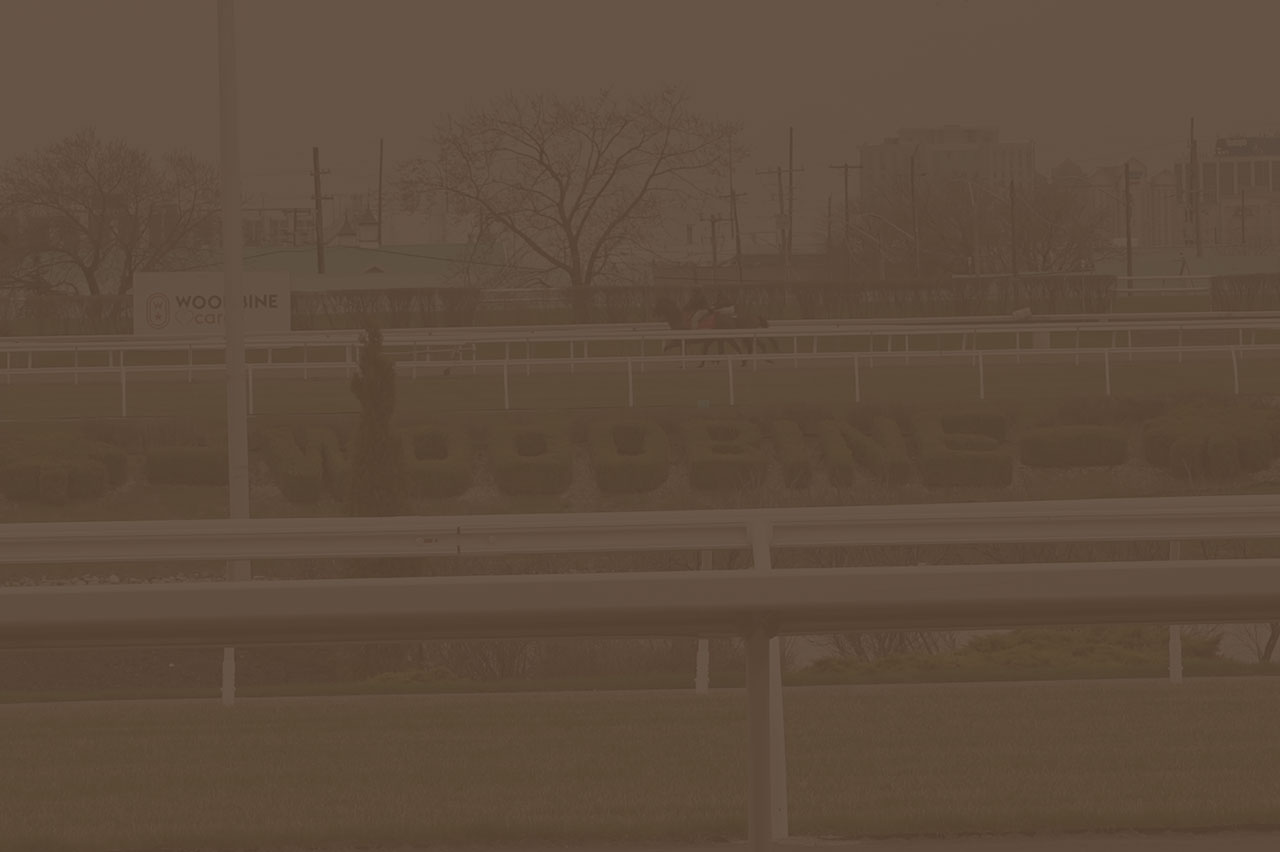 Woodbine Entertainment Group (WEG) required a replay system that could satisfy several Broadcast and Post Production requirements throughout its rigorous in-house broadcast schedule. With 14 hours of daily continuous production, a replay system capable of keeping a constant record for all production camera inputs was needed to ensure that nothing during the racing day was ever missed, and could later be archived for customer requests.

WEG also desired to provide its onsite customers with a premier broadcast presentation, similar to what horseracing fans have become accustomed to watching at home. To meet these expectations, it was necessary to provide customers with instant replay highlight packages that integrated multi-camera angles, split screen and zoom viewing options, while minimizing turnaround time.

WEG also required a replay system that new or junior operators could quickly learn in order to harness its full potential. With production running 365 days a year at the racetrack(s), multiple production crews were tasked with providing the television broadcast needs for the day. The replay system needed to be easy to learn and operate, while still having the capability to provide high-end video highlights and production elements for WEG customers.

Finally, WEG required a replay platform that could be installed at both Woodbine Racetrack and Woodbine Mohawk Park, located 70 kilometers (over 40 miles) away from each other. WEG required a shared network with the ability to seamlessly transfer and use content from replay systems located at both venues. 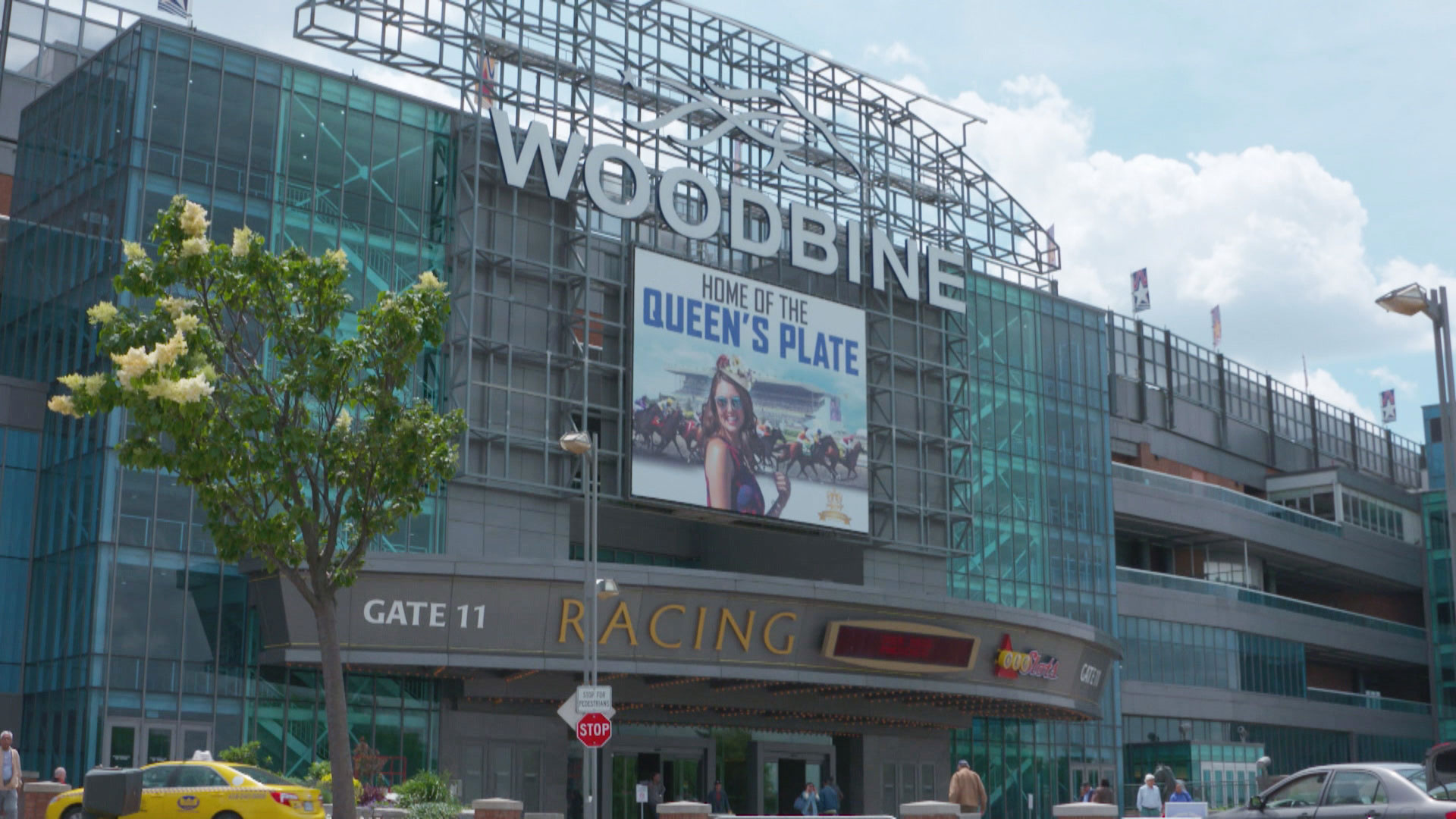 To accommodate live production and racing events that vary in length, WEG utilized DreamCatcher™'s loop record technology. The camera inputs are always recording into the system, insuring broadcast operations will never miss a moment of live content in a 365 days a year working environment. Operators have the ability to select areas and clips on the record to protect, but the DreamCatcher™ never runs out of a record train, as it continuously records over itself. Production has the ability to seamlessly provide content from any moment of any race throughout the day because of the constant record. 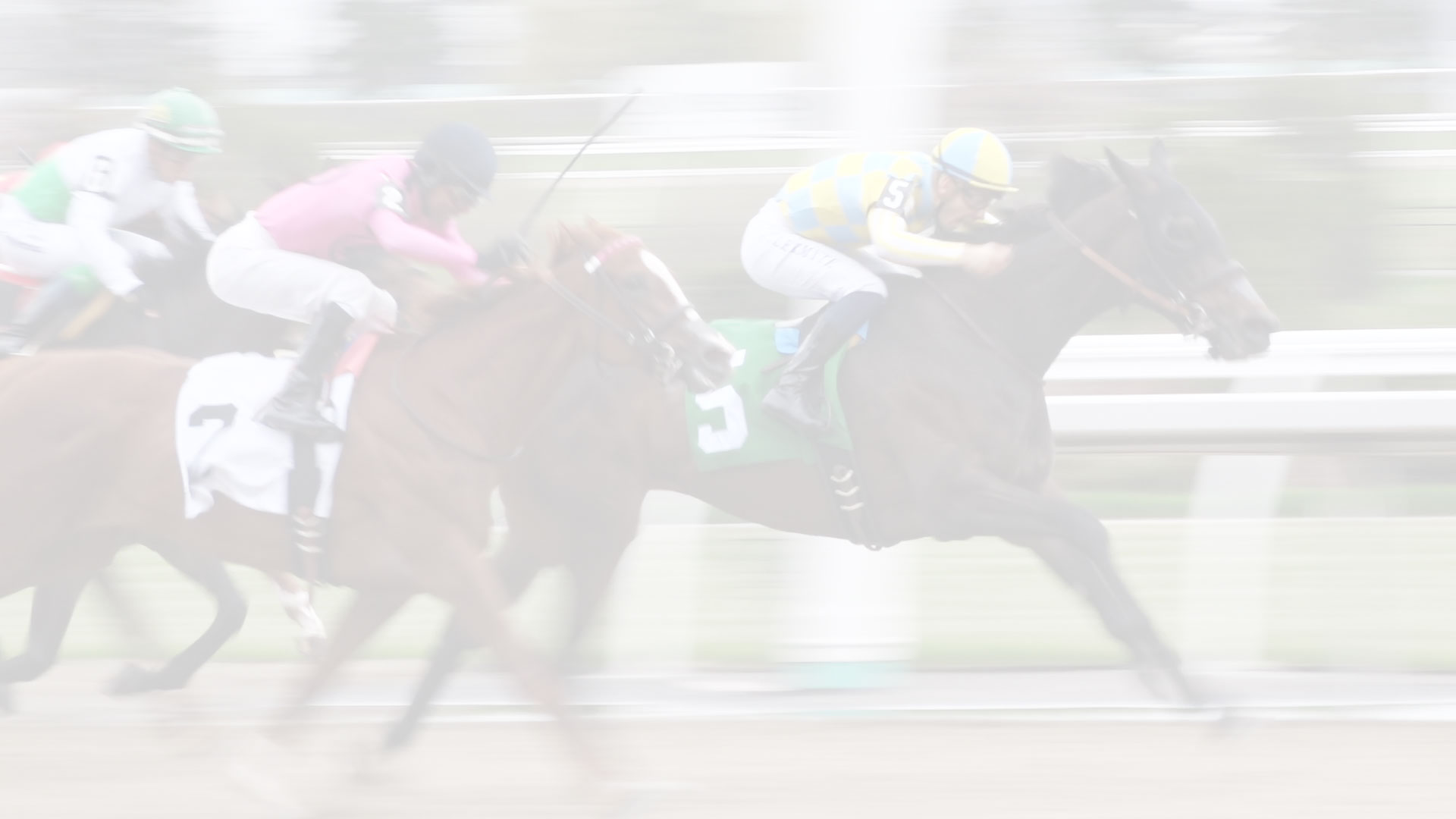 Operators using the DreamCatcher™ platform are given the tools to enhance the visual look to any replay or highlight package that is created.

Zooming and tracking features allow the operator to zoom into any key point of interest, up to 400%. This feature provides the viewer with a perspective that traditional broadcasts cannot provide.

Mosaic and split screen options are used in highlight packages and replays and provide the viewer with a unique viewing option. Up to four simultaneous frame locked camera angles can be compared using the split screen and mosaic options, ensuring that the operator is providing the broadcast with the best angle or replay and giving viewers the most dynamic visual experience possible. These features also streamline the workflow process in the control room, making DreamCatcher™ the ultimate storytelling device. 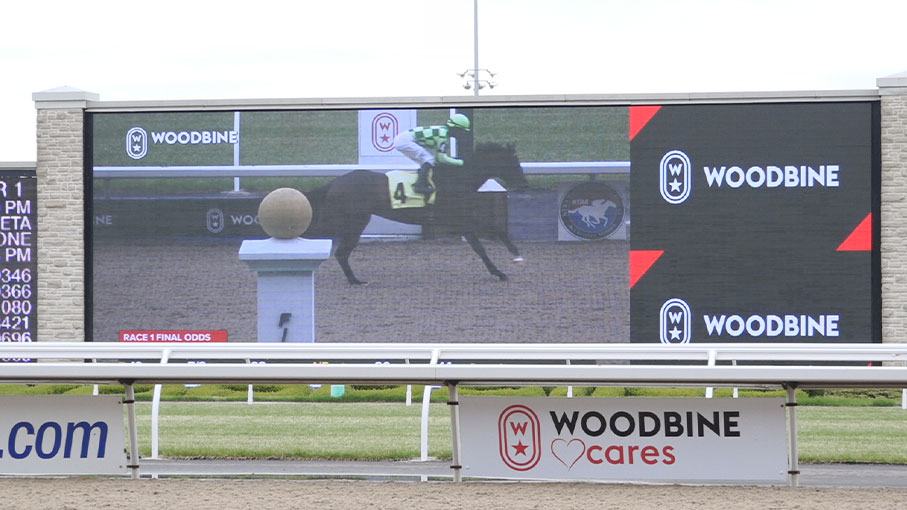 What's important to a number of our customers is to see their horse in action. That's where instant replay becomes a huge part of our sport.

DreamCatcher™ replay platform was designed with multiple operator skill sets in mind. The familiar controller design and operation resonates with the most seasoned operator, making for a very short learning curve.

The intuitive touchscreen design offers an alternative operational interface, tailored to meet the preferences of all generations of operators. The easy-to-use touchscreen technology provides instant familiarity for new operators learning the system.

Content can be moved, navigated and scrubbed by using the touchscreen, similar to popular video platforms, like YouTube. The touchscreen also makes creating replays and highlight packages simple, without learning often complicated button configurations and workflows. 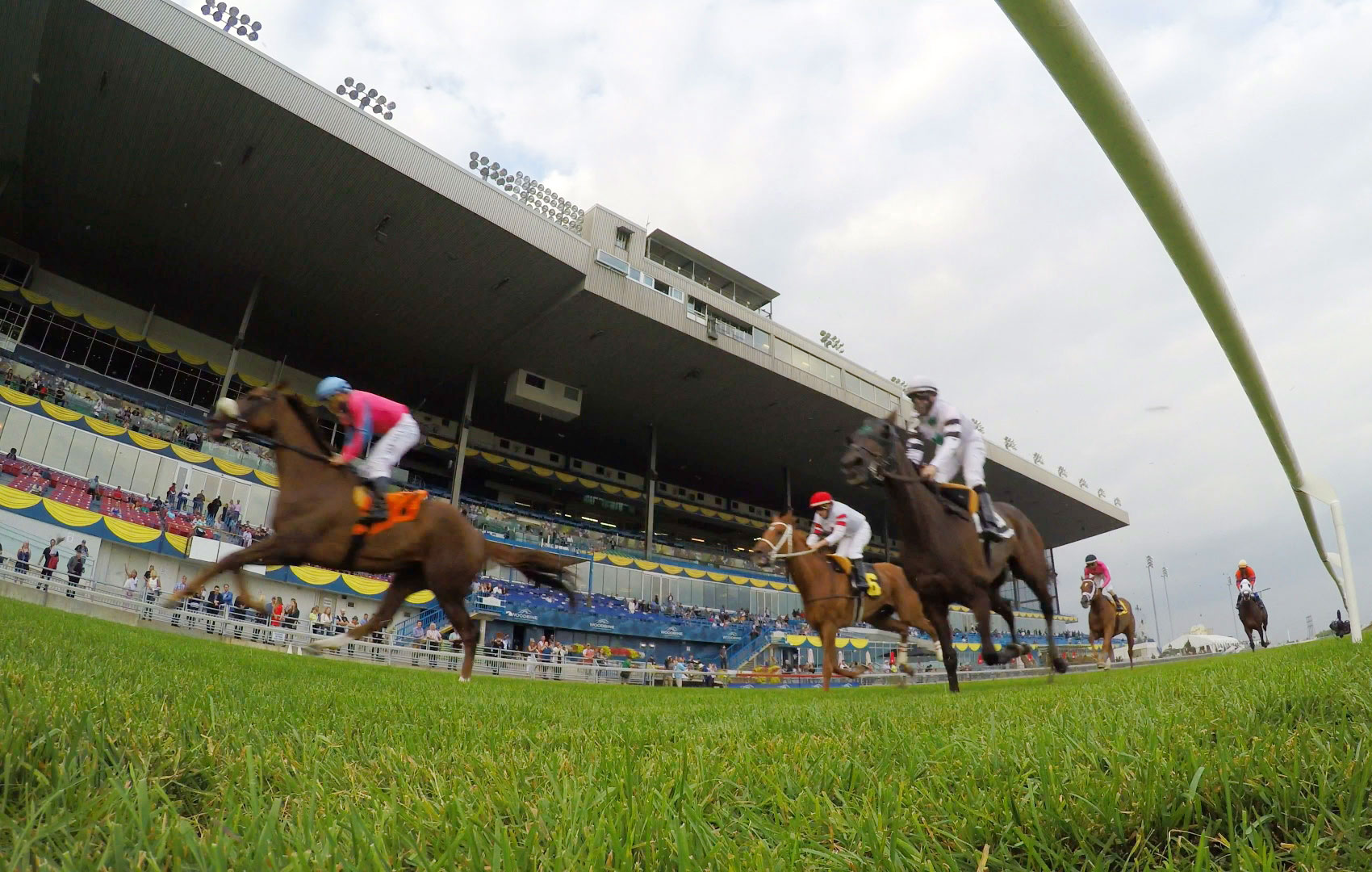 Finally, the connectivity that DreamCatcher™ platform provides for WEG has streamlined the daily workflow between their multiple venues. The studio at Woodbine Racetrack hosts preshow, postrace and daily recap broadcasts. This content is often shared and delivered to the Woodbine Mohawk Park control room to support broadcasts from that venue.

To ensure consistent content transfer, Evertz support created a shared network for archiving and editing purposes, along with custom export settings to make sharing video to social media platforms extremely smooth and easy. This has made for a seamless workflow process between two systems located in two different cities. Along with Evertz technical support, the ability to network both locations for connectivity was one of with the main reasons WEG chose to invest in the DreamCatcher™ platform. 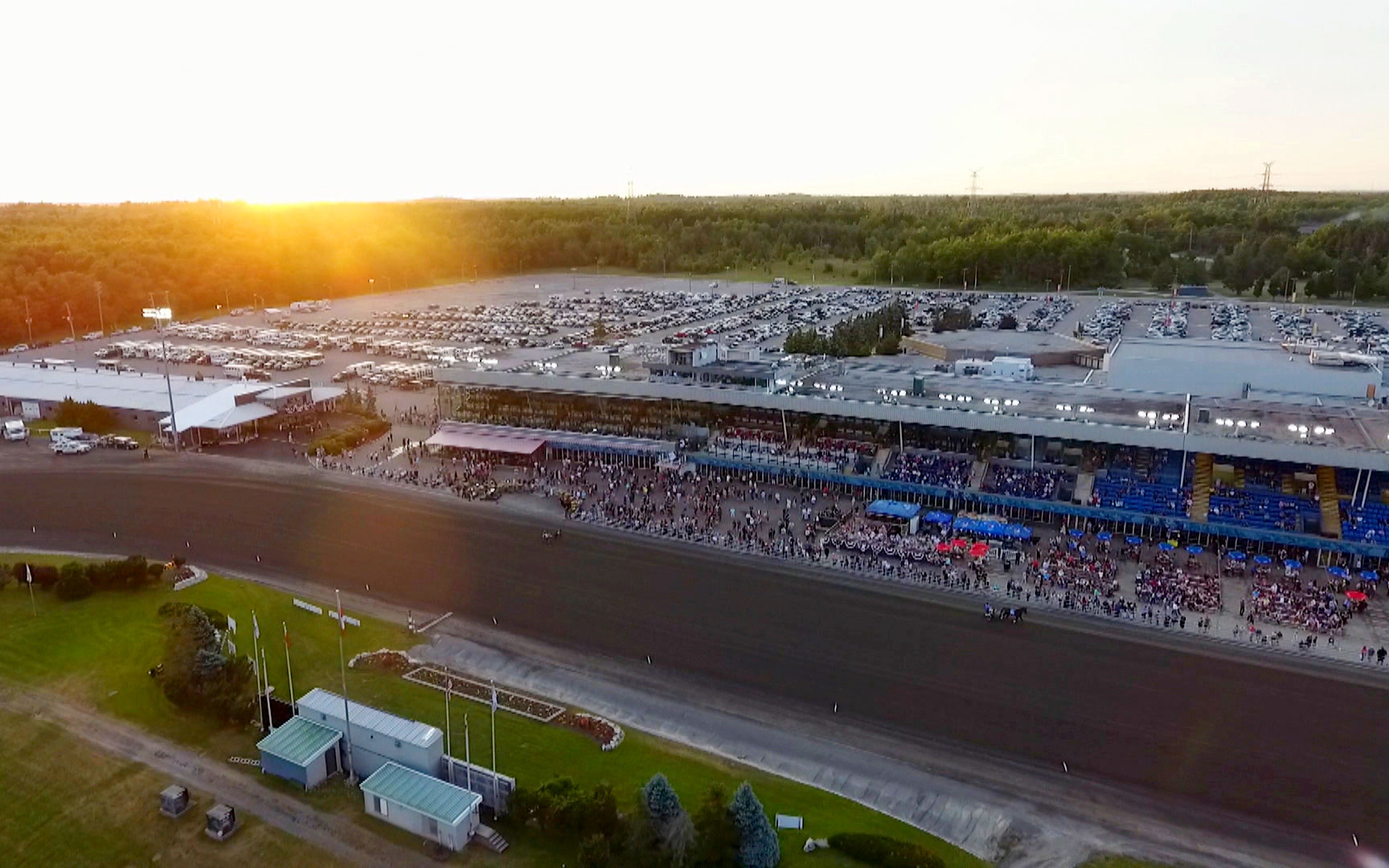 If something were to happen at Woodbine Mohawk Park, that DreamCatcher™ could turn it around, push it out, send it here - we could do something with it and get it out to social within a matter of minutes.

Evertz installed near-identical infrastructure at both Woodbine Racetrack and Woodbine Mohawk Park in order to meet the production needs of WEG. Similar designs ensured straightforward connectivity between the control rooms and tracks, ease of suport for technical issues, and providing familiar equipment for users regardless of which facility they were working in. 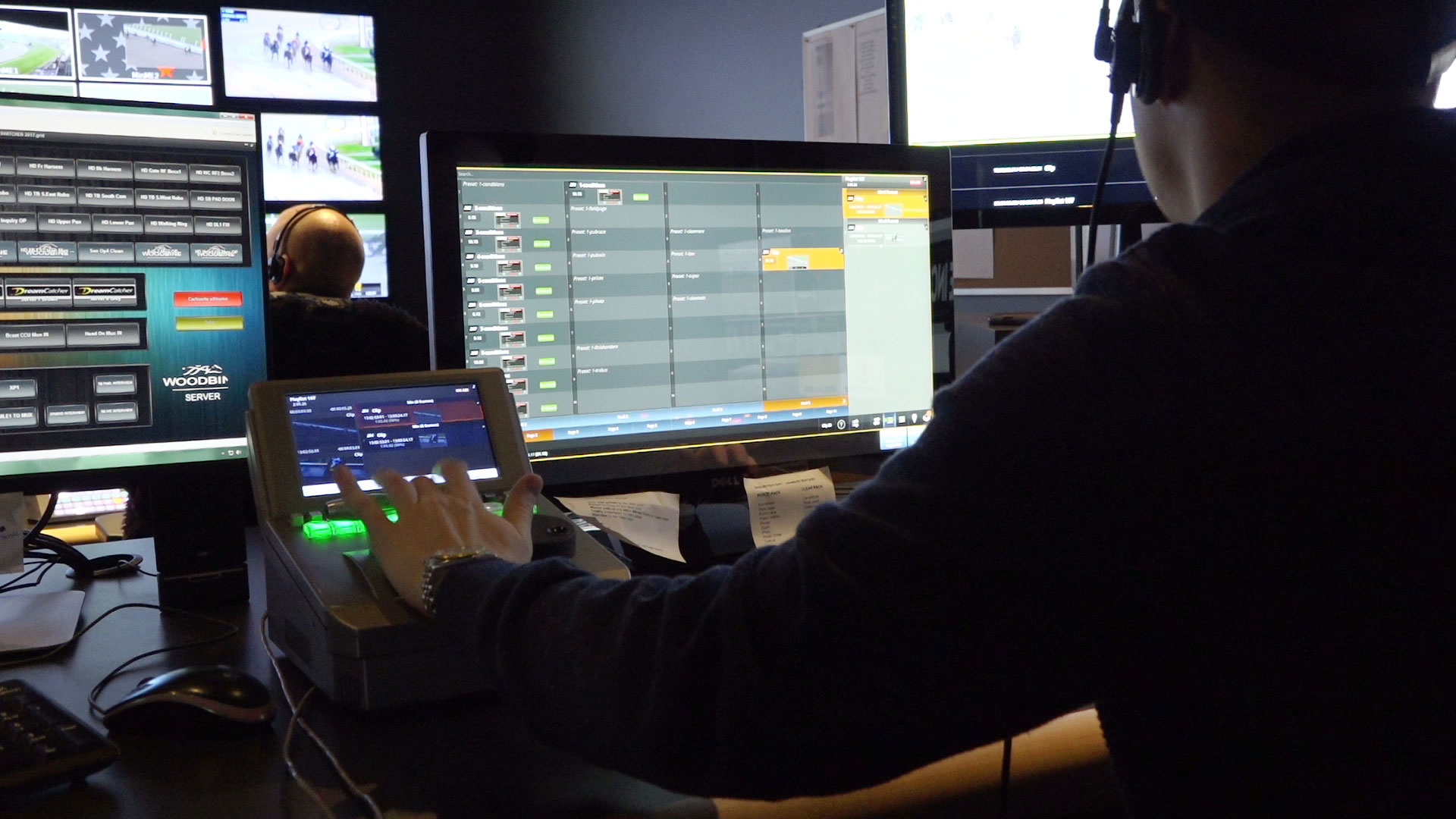 Whether it's technical support or even operator support, [Evertz is] a phone call away. We've found that to be exceptional... If we build another control room, we think DreamCatcher™ has a place for us for the future.

Installing DreamCatcher™ replay system has prepared Woodine Entertainment Group to meet future upgrades to their HD broadcast facilities, specifically in the event WEG decides to transition to a full IP network facility. DreamCatcher™ is already a trusted and valuable piece of WEG's storytelling capabilitites, and will undoubtedly be deployed in any future production expansion, as WEG continues to establish itself as North America's premier operators of horse track racing.